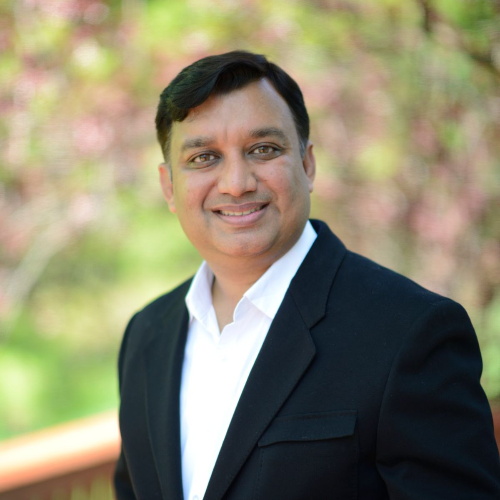 Dr Nikhil Agarwal is India’s foremost Innovation and Policy expert. He is currently CEO of FIRST @ IIT-Kanpur. Foundation for Innovation & Research in Science & Technology (FIRST) is responsible for all the incubation, innovation, research and startup activities at IIT-Kanpur. In 2018, he is appointed as Vice Chairman, Mahaashmita Livelihood Rural Accelerator Program (MILAP), Govt of Maharashtra – a program in joint collaboration with MSRLM and FICCI. In 2014, Indian Prime Minister urged Indian diaspora to return to the country to serve the motherland. Dr Agarwal responded to the call to join Govt of Andhra Pradesh as Chief Executive Officer, Andhra Pradesh Innovation Society (CEO, APIS) to kickstart the statewide innovation agenda between 2015-2017. He was involved in developing large scale innovation projects such as cyber security innovation park, rural innovation labs, incubation centers, startup ecosystem, setup INR 1 billion startup fund to name a few. He is instrumental in forging important national and international relationships for the state. He is also the founder of Entrepreneur Café – a global movement spread in 110 cities and six continents, connecting over 45,000 entrepreneurs. Dr Agarwal has founded businesses and advised firms on strategic matters in last 20 years of his career. He has worked with global multinationals like Cadbury's, FIC and Zensar (RPG Group). He has lectured at leading universities like Virginia Tech Polytechnic & State University, University of Bradford and University of Cambridge. His articles, interviews and work has been extensively covered in international media including Harvard Business Review Blog, Forbes, CNN Money, BBC Radio, The New York Times and Economic Times. Professor Agarwal has served on many international think tanks and hold leadership positions in global organizations such as QuestionBox and WBAF. Between 2006 -13 he served as high-level-advisor to United Nations Global Alliance on ICT & Development (UNGAID). He was the International Advisory Board Member at World-Entrepreneurship-Forum (WEF) and Open Mind Foundation. He was the first Asian to be elected as Co-Chair of prestigious Internet Society Advisory Council (ISOC-AC) for 2008-10.  Between 2017-19, he was the Hon Fellow of IC2 Institute, University of Texas at Austin. He is recipient of ‘Excellence in Promoting Innovation in Governance” by Govt of Rajasthan, India. He has traveled extensively around the world and worked with global institutions, corporations and multinationals. He has published over 70 research papers, conference publications, editorials and articles in leading publications. Professor Nikhil Agarwal has earned his MPhil (University of Cambridge) and PhD (University of Edinburgh) in United Kingdom. Nikhil has interest in martial arts – he is co-recipient of ‘Guinness World Record’ in Taekwondo in 2017. In his free time (or when he is flying), he likes to read and watch shows on Netflix.