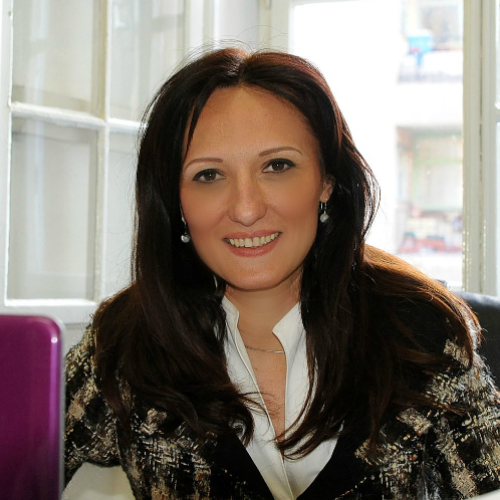 Gordana Nikolić, PhD, is a founder of Business Academy Rijeka, which has promoted lifelong learning since 2007 via various projects. This has resulted in the formation of an institution of higher education, PAR University College, in August 2011, the only private university college in the North Adriatic region accredited by the Ministry of Science, Edu- cation and Sports in Croatia. Currently, Gordana is the Dean of PAR University College. She also established the PAR Institute for Lifelong Learning, the Center for Innovation and Entrepreneurship, and the Entrepreneurship VET Center and other companies. Gor- dana is a member of the European Network of Female Entrepreneurship Ambassadors and Entrepreneurship Croatia, and she was participated in the Support Systems for Wo- men Entrepreneurs of South-East Europe programme. In 2014, she was elected a WED Ambassador as a part of the Global Entrepreneurship Week (GEW). For her work she has received a several awards, the most important of which is Women Entrepreneur of the Year in Croatia in 2014. In 2015 she was the recipient of an award for outstanding inter- national achievements in promoting science and education and the entrepreneurship of women. In 2016, she won the special award for extraordinary contributions in the field of higher education and entrepreneurship and the establishment and launch of the first private higher education institution. She is still the only woman in Croatia who owns a higher education institution. Apart from management, Ms Nikolić also leads a successful science career. She is an author and co-author of several books and more than 40 scien- tific and professional papers and has been working on a number of programmes and projects. She was a guest professor at the Iacocca Institute of Lehigh University at the Global Village Program for future leaders of business and industry and, since 2012, she has been president of the Program and Organizational Committee of the PAR Internatio- nal Leadership Conference (PILC). She is also a member of many professional and scien- tific associations and summer schools. Gordana Nikolić has been included in the book 100 Croatian Leaders, where she reflected on important events that she considered to have been crucial for her success. Each institution founded by Gordana aims to prepare start-ups and other clients to pursue their business careers and to enable to embark on successful careers in the business world. In 2016, she was a part of the European Ent- repreneurship Colloquium in Boston, co-chaired by the Harvard Business School and the Massachusetts Institute of Technology, joining over 50 participants from 25 countries to focus on ways to teach about scaling firms, not just starting them. In 2017, Gordana led the Digital Partnership Centre, a ‘DIGIPARC’ project that was selected by the European Commission from among 137 applications and became a new digital innovation hub as a part of Smart Factories in the new EU Member States project.