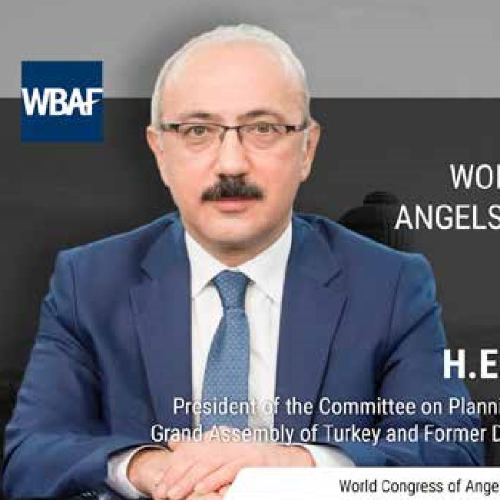 Lütfi Elvan was born to A. Nuri Elvan and his wife Samiye at Ermenek town in Karaman Province on 12 March 1962. He studied mining engineering at Istanbul Technical University graduating in 1983. Elvan received a schlorship from the state-owned mining company Etibank for further study abroad. He continued his education earning a Master’s degree in the fields of mining engineering and operations research with a thesis on “Determination of Optimal Production Systems in shortterm Mining Production Planning” at University of Leeds, United Kingdom in 1986. In 1995, he received another Master’s degree in economics at University of Delaware, USA.  Elvan began his professional career in 1987 as an engineer working in the operations research department at Etibank. There, he was instrumental in implementing computeraided mining applications. In 1989, he moved to State Planning Organization (DPT), and worked until 1996 as specialist. Appointed Head of Department for Regions with Development Priorities in 1996, he served at this post until 2002. He was promoted to Deputy Undersecretary of DPT in November 2002.In July 2007, he resigned from his post to enter politics. He joined the ruling Justice and Development Party (AKP), and was elected into the Grand National Assembly of Turkey in the 2007 general election as an MP from Karaman Province. He became one of the party leader’s head advisors. In the parliament, Elvan was appointed Head of the Hungary-Turkey Interparliamentary Group. Elvan was re-elected into the parliament in the 2011 general election. He served as the chairman of the parliamentary Budget and Planning Commission. He is currently the President of the Committee on Planning and Budget and Former Elvan is married and has two children.