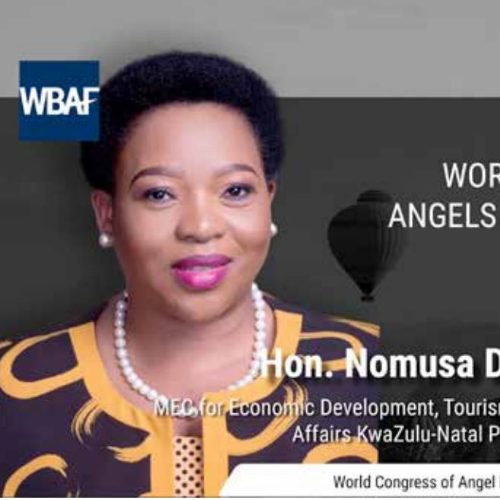 Honourable Nomusa DubeNcube is the newly appointed Member of the Executive Council responsible for Economic Development, Tourism and Environmental Affairs; having served as a Member of the Executive Council for Cooperative Governance and Traditional Affairs for 2 terms since 2009. She holds a Masters degree in Public Administration from the University of KwaZuluNatal and is currently studying towards her PhD. She serves as a Member of the KwaZuluNatal Climate Change Council and also as a Board Member for the 911 Fund - a New York-based Non-Profit Organisation, established by former US President Barack Obama in the wake of one of the most devastating disasters in modern history and human development, the aerial attack on the landmark Twin Towers in New York in 2001. Apart from providing strategic policy direction for the department as its political head in this portfolio, Honourable DubeNcube’s has also assumed the critical position of being the Leader of Government Business within the Provincial Government of KwaZulu-Natal. In this position she will oversee the day to day running of the provincial government as it discharges its constitutional mandate. More critically, in at EDTEA, Honourable Dube-Ncube is charged with ensuring that the province’s economic growth is sustained from SMMEs to big business and industries. Also that as the prime destination for tourism, KwaZulu-Natal retains its pole position while striving for way to create more products. Also topping her agenda is the issue of environment; its sustainability of the ecosystem as well as the wild life. She has already demonstrated her passion for the environment in her previous deployment where utilised every platform she got to highlight the negative impact of climate change on the environment and communities. She has been piloting policies that emphasise the radical shift from unsustainable economic practices to eco-friendly business operations.