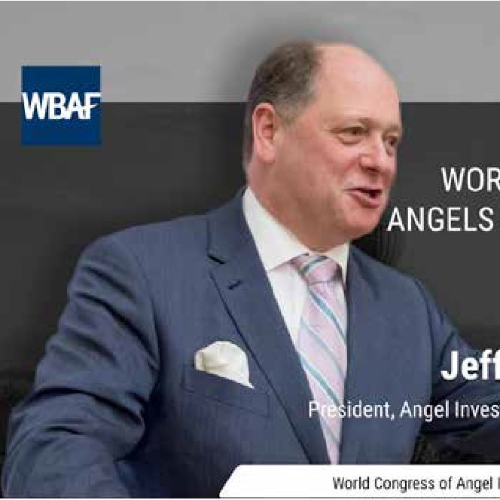 Jeffrey is a Canadian corporate director and lawyer involved in finance, the film & TV industry, global asset management and foreign investment.  He serves as President of Angel Investors Ontario (AIO) in Canada that is the coordinating organization for its 13 regional angel groups of 1,500 accredited (sophisticated) investors.  Mr. Steiner is also the lead independent director on the board of FinDev Canada Inc, the new overseas Development Finance Institution (DFI) that is a subsidiary of Export Development Canada (EDC), which is Canada’s Ex-Im Bank.  Jeffrey recently completed two terms (8 years) on the board of directors of EDC, and chaired its Business Development & Strategy Committee.  Locally, Jeffrey joined the board of  directors of the Toronto Parking Authority; and globally he is a Strategic Advisor to Aberdeen Standard Investments (ASI) plus serves on advisory boards of Canadian resource exploration companies.  Jeff is an active member of the Young Presidents Organization (YPO) and earned a corporate director designation ICD.D. Since 2010, as CEO of New Franchise Media Inc he owns the world-wide film, TV & digital streaming rights to adapt many of the bestselling novels of UK writer Lord Jeffrey Archer. Mr. Steiner previously led the Toronto Economic Development Corporation (TEDCO) as its President & CEO from 2002 to 2009 which focused on real estate & industrial development and promotion of foreign direct investment.  As leader of TEDCO, he is well-regarded for  getting things done on Toronto’s very complex waterfront including as developer of the Corus Entertainment HQ building, the master developer of Canada’s largest film studio located in the Port Lands (now operated by Pinewood Studios & Bell Media), and obtaining land and environmental cleanup for redevelopment. Earlier in his career he served as Chief of Staff to Canada’s Defense Secretary and to the Minister of Indian Affairs & Northern Development. Jeff has a unique combination of business and public policy experience with a keen interest in how the public and private-sectors can work together in job creation, R&D, infrastructure and other strategic investments.