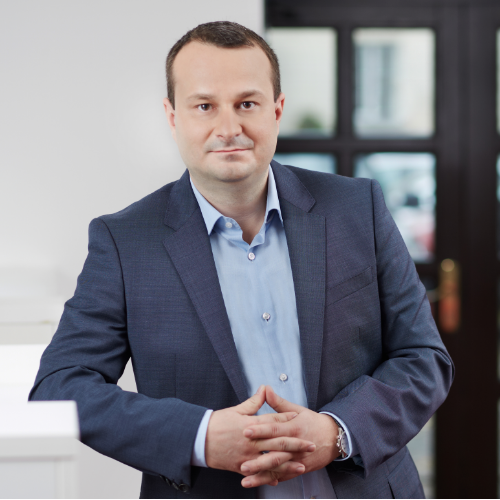 Star of the Dragons’ Den TV show of Sony Pictures Television and President of the Management Board of Xevin Investments, Poland

Marek Rusiecki is the star of the ‘Dragons’ Den’ TV show of Sony Pictures Television and a co-founding partner at Xevin Investments, a group of venture capital funds (Xevin Investments, Xevin VC, RX Fund) established in 2008 and based in Warsaw, Poland. He has been an investor (through funds or directly as an angel) in more than 60 companies all over the CEE region and in Israel. Prior to founding Xevin Investments, Marek co-founded Adnet, the first and largest online advertising network in Poland and the Bal- tic countries. He has more than 18 years of experience in the online advertising industry and 10 years in angel investing/venture capital. He holds a master’s degree in Economy from the Warsaw School of Economics.