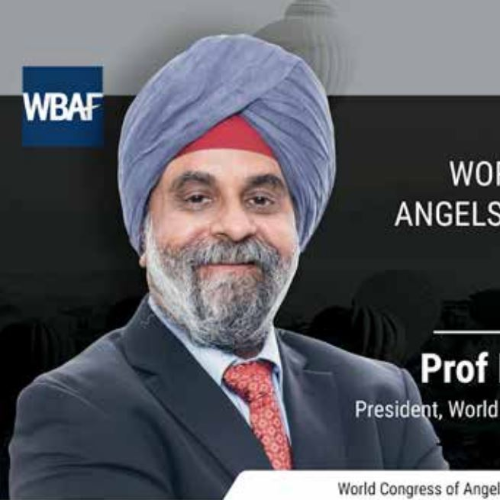 Prof, Dr. Inderjit Singh serves as Chairman of NTUitive, the Innovation Company of the Nanyang Technological University, Singapore. He is the Chief Executive Officer of Solstar International Pte Ltd, a multinational company from Singapore. Prof. Singh was the founding President of the Singapore Chapter of The Indus Entrepreneurs, a network of entrepreneurs and professionals founded in 1992 in Silicon Valley, California. From 1995 to 2012, he was the Deputy Chairman of Action Community for Entrepreneurs (ACE), a Singapore national committee involved in Entrepreneurship Policy and Advocacy. Previously, Prof. Singh founded United Test and Assembly Centre Limited, or UTAC, a Singapore-based semiconductor test and assembly company, and served as UTACs President and Chief Executive Officer. UTAC was a Unicorn 3 years after Inderjit started the company. Before founding UTAC, Prof. Singh served at Texas Instruments Singapore (known as Micron Semiconductor Asia since 1999) for 13 years, holding the post of Director of Assembly and Test Operations for the Memory Division from 1996 to 1998 Prof. Singh also served as a Member of Parliament (MP) in Singapore, from 1996 to 2015 and was the Chairman of the Singapore Government Parliamentary Committee for Finance, Trade and Industry for a duration of his term as an MP. Prof. Singh serves as a Member of the Board of the Nanyang Technological University (NTU) and in the past served as a board member in several Statutory and Public Bodies, including the Urban Redevelopment Authority, the Standards, Productivity and Innovation Board and Spring Singapore. He is an active angel investor and also holds directorship positions and investments in a number of start-up companies. Prof. Singh holds a degree in Electronics Engineering from the Nanyang Technological University, Singapore, an MBA from the University of Strathclyde, United Kingdom and a Honorary Doctorate from the Amity University, India.